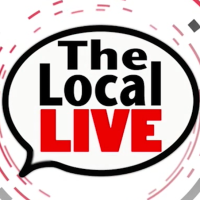 We have new developments regarding the local referendum in the Village of Mamaroneck that is to be voted on in the upcoming election. As was previously reported, two local laws “U” and “T” were passed on September 6th to add 2 referendum questions to the ballot. The first referendum gives voters the option to say yes or no to transferring the mayor’s power to appoint members of the Planning Board and Zoning Board of Appeals to the Board of Trustees. The second referendum gives voters the option to say yes or no to the transfer of the mayor’s power to the Board when appointing a village attorney. Mayor Norman Rosenblum is challenging the legality of the two referendum laws in the New York State Supreme Court, and he is suing the Village of Mamaroneck Board of Trustees. The mayor also stated that the legal representatives of the Board of Trustees requested that the court date be moved to the 27th. The Local Live is currently producing an in-depth report regarding the referendums that will air a week before the election.

A 16-year-old girl from White Plains was recently rescued from human trafficking. She was found in Greenburgh, New York, by a team that consisted of both FBI agents and local police. She is undergoing medical treatment and counseling. She was found due to the FBI’s Innocence Lost Initiative. One of the programs in the initiative is Operation Cross Country, which is an international effort that targets human trafficking. The FBI has been going across the United States to investigate hotels, truck stops and street corners where traffickers are usually found. The Innocence Lost Initiative has resulted in the rescue of over 6,100 children. Any child could fall victim to human trafficking, so it is important to be aware. If you believe that you have witnessed a situation that involves human trafficking, do not hesitate to contact the police.

October 20th was proclaimed to be the First Annual Community Media Day by the Village of Mamaroneck Board of Trustees. The annual celebration was founded in Brooklyn, New York to bring awareness to the importance of free speech and accessible media for all individuals. Community Days falls in line with Free Speech Week 2016 that ran from October 17th through the 23rd. LMCTV opened its doors to showcase what we do best-keeping you up to date on our community.

In our Round Table discussion, Maura Carlin and Mike Witsch spoke with Jennifer Friedman,  Managing Director of the Center for Legal Services, My Sister’s Place about the effects of domestic violence in the United States.

The annual Westchester Tattoo Convention was held recently and reporter Rebecca Paganini went to find out more about the event and about tattoos.

Local Live Producer Andrey Gordon has a new show called “The Rascal”. It will debut on LMC next Thursday following The Local Live broadcast.

Our Pet of the Week is Barbie, a sweet little 9-week-old Beagle mix. She gets along well with other dogs. She is in the process of being house-broken and will be a great addition to any home. For more information on Barbie and other adorable pets, please go to http://www.ny-petrescue.org

If you like our show and want to keep it on the air, please go to our website, www.lmctv.org and click on the DONATE button. We appreciate any donation.

The Local Live is always looking for new volunteers and interns, so please send your emails to thelocallive@lmctv.org.